Rhinoceros, often abbreviated to rhino, is a group of five extant species of odd-toed ungulates in the family Rhinocerotidae. Two of these species are native to Africa and three to Southern Asia.

The African species are the white and black rhino, each have two horns. Asian rhinos include the Indian and the Javan, each with one horn,  and the Sumatran, which has two. The Javan rhino is critically endangered with only 35-45 left in the wild.

All Rhinos are ENDANGERED. African rhinos are poached at a rate of 3 per day, due to the demand for their horns. The demand is coming from Asia.

Other reasons that rhinos are so endangered is climate change (droughts and floods), habitat loss, reduced genetic diversity and disease.

3 out of the 5 species might be extinct in our lifetime. we need to act now. 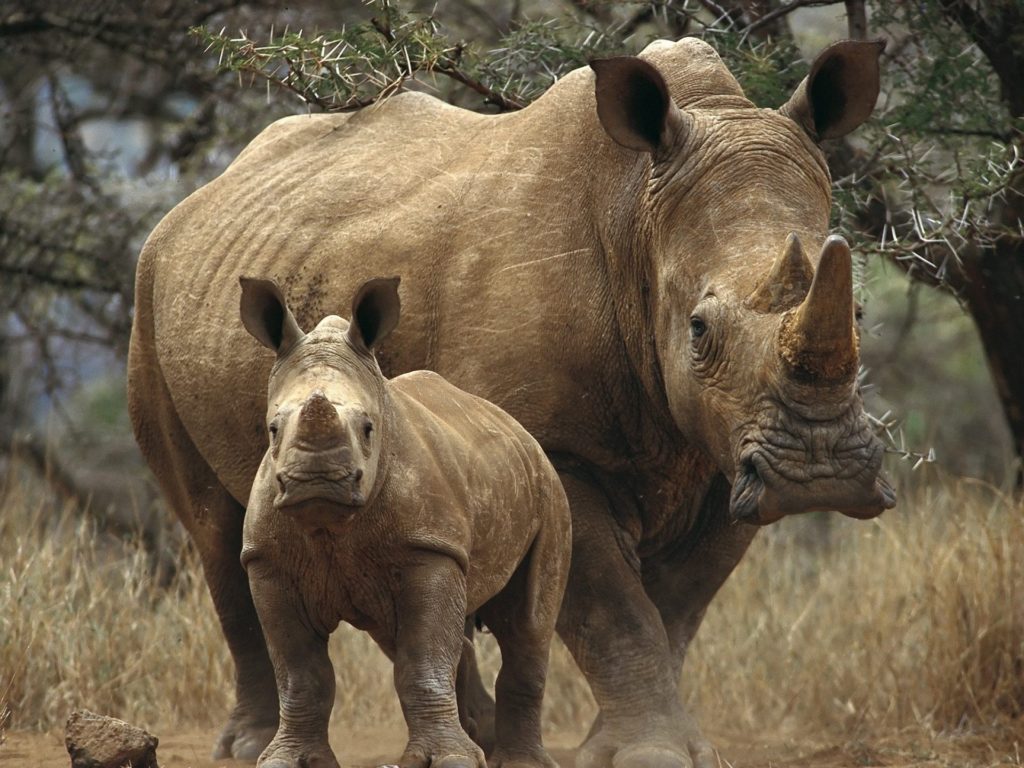 Rhino horns are made of keratin, which is also the key component of human hair and fingernails. But the horns are not just dense clumps of hair but dense mineral deposits of calcium and melanin in the core of the horn.

Rhino horns are highly coveted and are valued more than gold in some parts of the world. Traditional Chinese medicine holds that the horns possess healing properties, they have been used as an aphrodisiac, and in Yemen they are prized as dagger hilts

Unfortunately, trophy hunting is still allowed on private reserves and many hunters from America and Europe will pay tens of thousands of dollars to kill a defenseless rhino.

Conservationists began removing the horns from living rhinos, or “de-horning” them, in an attempt to deter poachers and save the species from extinction.

The white rhino is the second-largest land animal on the planet, after the elephant. They can grow to over 7,700 pounds (3500 kg) and reach a length of 13 feet (4 meters).

All rhinos are herbivorous, meaning they only eat plants. The southern white rhino eats a staggering 120 pounds of grass every day.

Rhinos are usually solitary creatures, though some travel in herds called “crashes.” A baby rhino spends up to three years in its mother’s care; it will probably never meet its father.  Rhinos live an average of 35 to 40 years.

The largest rhinoceros species that ever lived was Paraceratherium. These prehistoric beasts stood 16 feet tall at the shoulder and weighed 20 tons.

The rhinoceros’s closest relatives are horses, tapirs, and zebras. 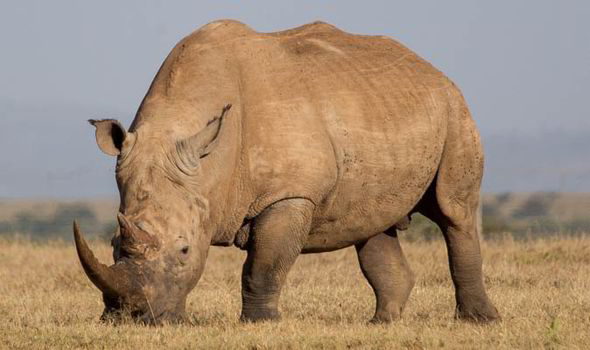 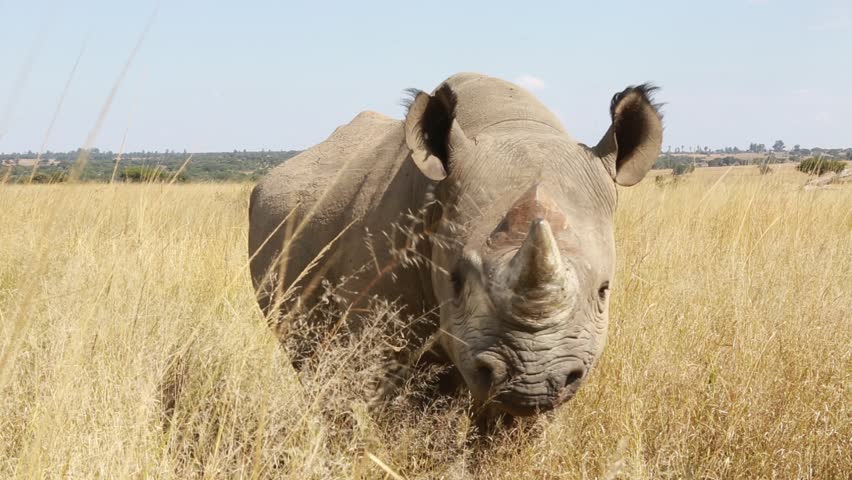 Help us save the remaining rhinos.  We partner only with organizations that protect the rhinos and help to keep them safe in sanctuaries where they run free and are protected against poaching.