They are considered the masters of the North

It’s easy to see why polar bears are recognized by humans all around the world. With their seemingly white fur, black snout and eyes, they have the most distinctive look of all the bear species.  They are also the largest species of bear and the biggest land carnivore on earth.  Polar bears are classifies as aquatic mammals with many names. Indigenous people all around the arctic circle have different names for this revered species. The scientific given name is Ursus Maritimus, which translates to “sea bear”. Later, they acquired the name “polar bear” from explorers and scientists alike, being found only in regions of the North pole.

It is believed that the species diverted from brown bears nearly half a million years ago, when they started traveling north searching for larger hunting grounds. 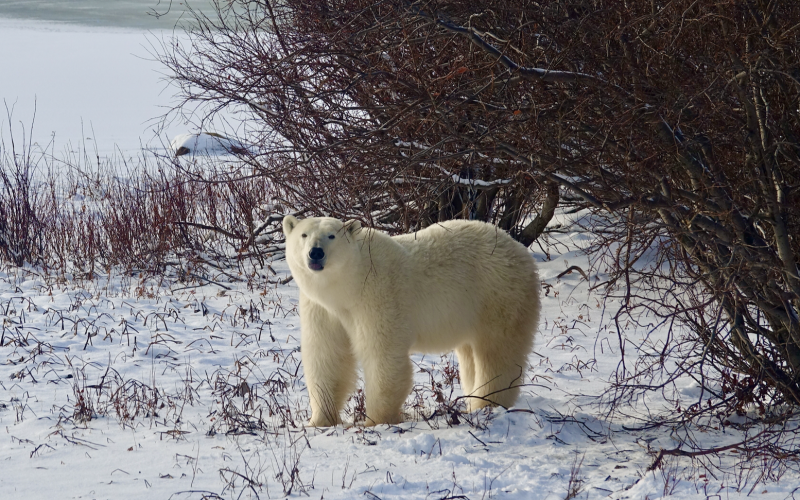 How do polar bears hunt

Seals keep their breathing holes open all winter long, even in ice up to 2 m (6 ft) thick. They surface about every 5 to 15 minutes at one of the holes or use air pockets trapped under the ice when available.

Polar bears catch seals waiting for them to breathe at the ice openings. They must be patient and smart as the wait can be long before a seal actually reaches these holes.  The polar bears’ favorite prey are the ringed and the bearded seals and they will wait by the holes and pounce on the animal before it can escape.

A polar bear can eat up to 100 pounds of seal blubber in one meal. 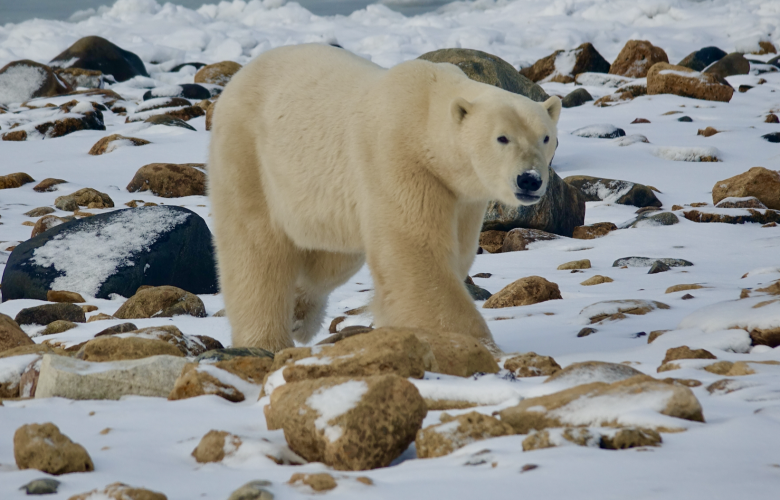 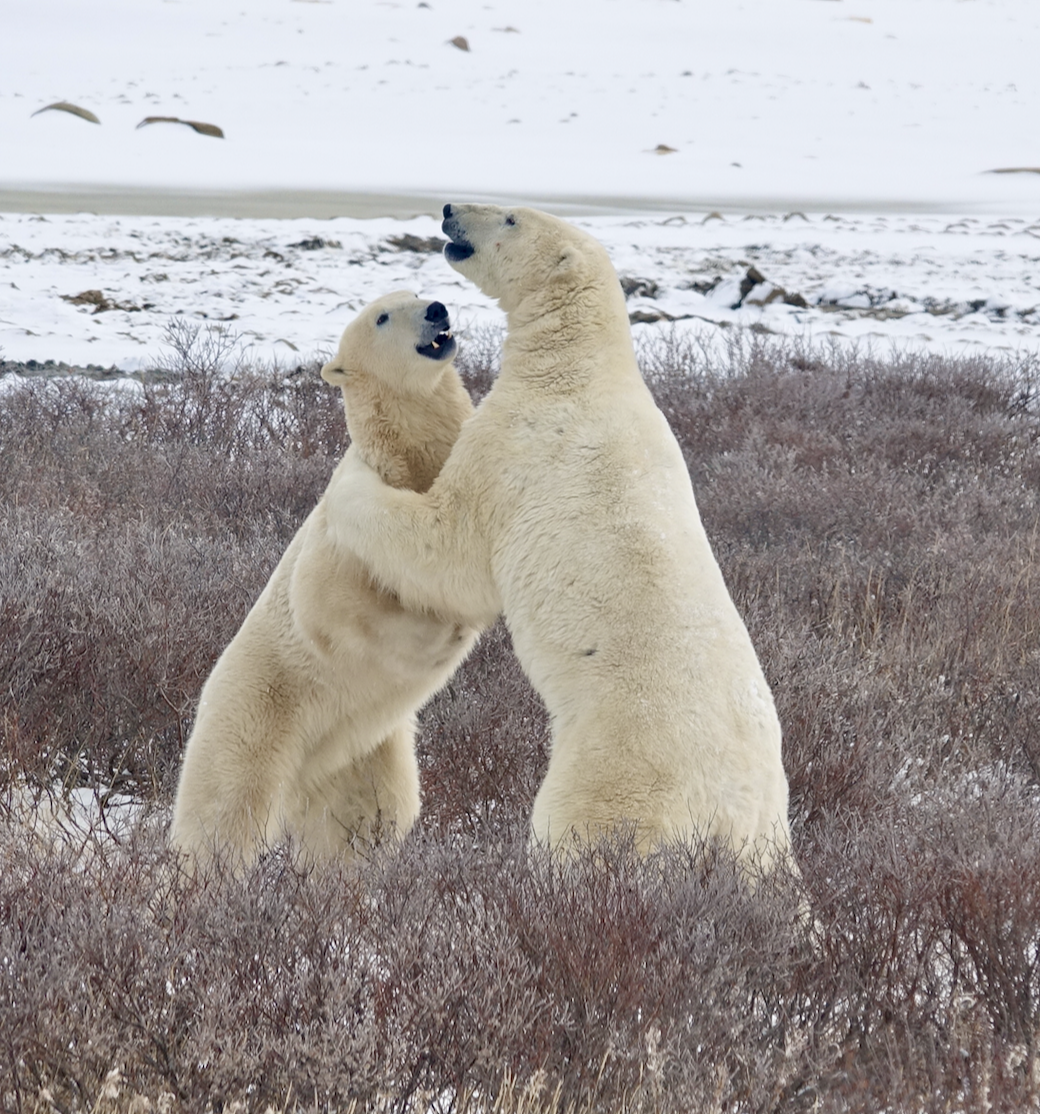 Adaptation to the extreme cold

Their fur is not white

Polar bears have 2 layers of fur that prevent almost all heat loss. Polar bears can actually overheat if chasing a prey for too long.

The biggest misconception about polar bears is that people think their fur is white,  However, that’s just not true.  Each hair shaft is pigment free and transparent which allows light to reflect off each hair, making it appear white.

Their fat layers allow them to stay warm in the water, even when they swim for hours on end.  However, this is not true for the cubs, as they have not yet built up enough fat on their bodies so polar bear moms try to keep them out of the water as much as possible in their first year. By year 2, they are stronger and can follow their mom for longer period in the water.

Polar bears hunt, mate and rest on the sea ice, which makes them highly vulnerable to a warming planet.  The Arctic is most affected by global warming and it is not expected to slow down, even with the latest commitments made from the world’s largest emitter countries.  These include China, the USA, Russia, India and Brazil.

If more is not done soon, some scientist have concluded that the Arctic could be ice free in summers by 2050, which will impact the species’ chances of survival for the future.

What you can do to help polar bears

Each of us can do our part to reduce our carbon footprint. Whether it’s reducing our car use (make your next automobile an Electric Vehicle), move to a plant based diet, and going solar where possible, there are many steps that we all can take to do our part.
But the greatest power we have is our voice and our vote. Let our elected leaders know that we expect them to take climate change seriously and make it a priority in our laws and expenditures for a better planet. 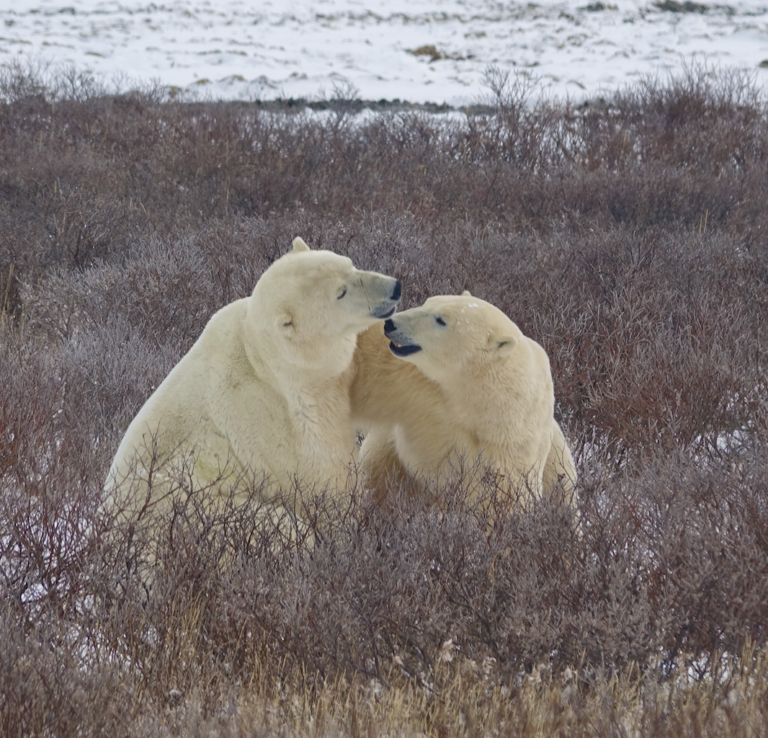