Orangutan - Man of the Forest

They share 99.7% of our DNA and is critically endangered because of human’s  greed for a cheap – and environmentally devastating – source of vegetable oil.

Orangutans are the only great apes of Asia, but not the only apes. It appears that they are of African origin but dispersed about 15 million years ago. During the Miocene period, there were many ape species throughout Africa, Asia and Europe. Chimpanzees, bonobos and gorillas survived in Africa, but only the orangutans survived in Asia.

Orangutans are gentle and sit for hours gazing. They are also very smart: they perform as well as chimpanzees and gorillas in tests of cognitive ability. In captivity, they are excellent tool-users and versatile tool-makers. One captive orangutan was taught how to chip a stone hand-axe. In the wild, one population makes and uses tools for opening and extracting fruit in a sophisticated manner reminiscent of chimpanzees – except that these orangutans hold the tools in their mouths. 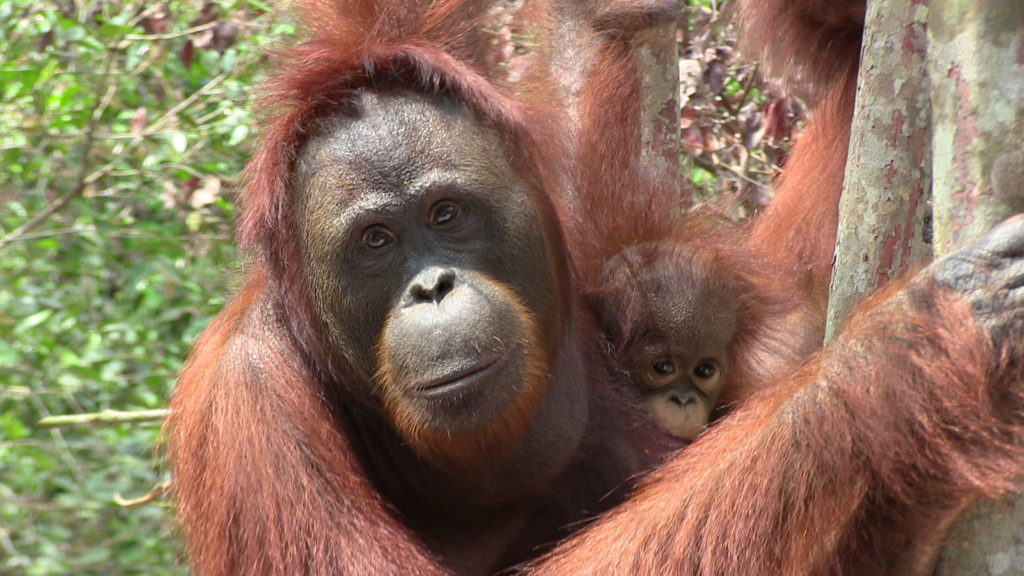 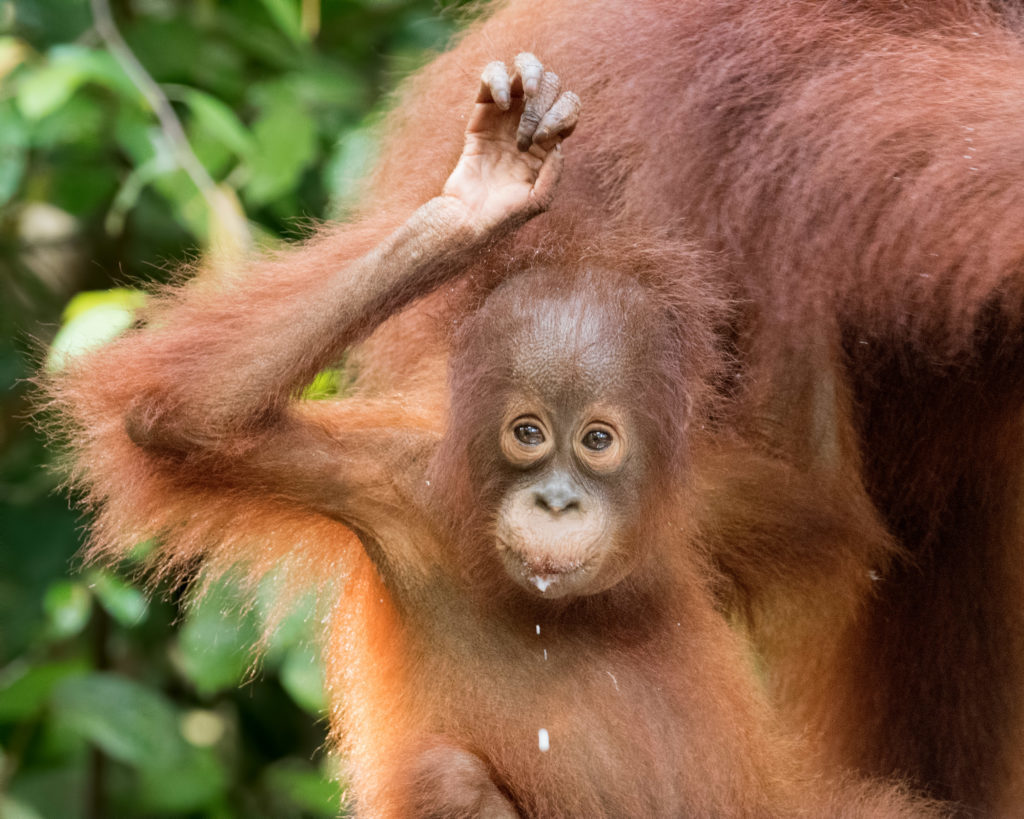 Orangutans have the most intense relationship between mother and young of any non-human mammal. A baby orangutan will be carried around by its mother, and that will continue for the first five years. Some mothers even suckle their offspring for six or seven years. For the first eight years of a young orangutans life, its mother is its constant companion. Until another baby orangutan is born, mothers sleep in a nest with their offspring every night.

Orangutans are the largest tree-dwelling animals on Earth. Though adult males climb up to the canopy to feed, they do not spend much time there and are basically terrestrial. Adult male orangutans, reaching a weight of 140kg or more, spend over 90 per cent of their time in the treetops, eating ripe fruit, young leaves and the occassional termite or vine. Adult females spend even more time in the canopy.

Why are orangutans orange?

Orangutans ‘blaze’ in the sunlight but virtually disappear when they move into shadow. In the shade of the canopy, their tan skin absorbs the light so you don’t see the sparse hair but the dark skin underneath. Then they become functionally black.

Orangutans are semi-solitary in the wild (unlike other higher primates). Once they reach maturity, they spend most of their time alone, or, in the case of females, with their immature offspring. Adult males old enough to have cheekpads are the most solitary, spending over 90 per cent of their time alone.

What do orangutans eat?

Daytime eaters, their diet consists mostly of fruit and leaves – but they also eat nuts, bark, insects and, once in a while, bird eggs, too.

Why do orangutans have such big faces?

Adult male orangutans develop cheekpads, which frame their faces and make their heads look larger. In captivity, males as young as 13 develop cheekpads, but in the wild, some males may not grow them until the age of 30. Once a male has his cheekpads, he won’t tolerate any other adult males in his vicinity and competes with them for access to receptive females. Cheekpads may also serve an acoustic function in helping project the ‘long call’ a male uses to broadcast his presence through the dense forest.

How long do orangutans live in the wild?

In captive environments, orangutans have lived for over 60 years. Wild females at one study site who were adolescents back in 1971 are still alive today and bearing offspring. A formerly captive female in her 40s recently had an infant. It’s possible that wild orangutans may live into their 70s, but this is likely to be rare. 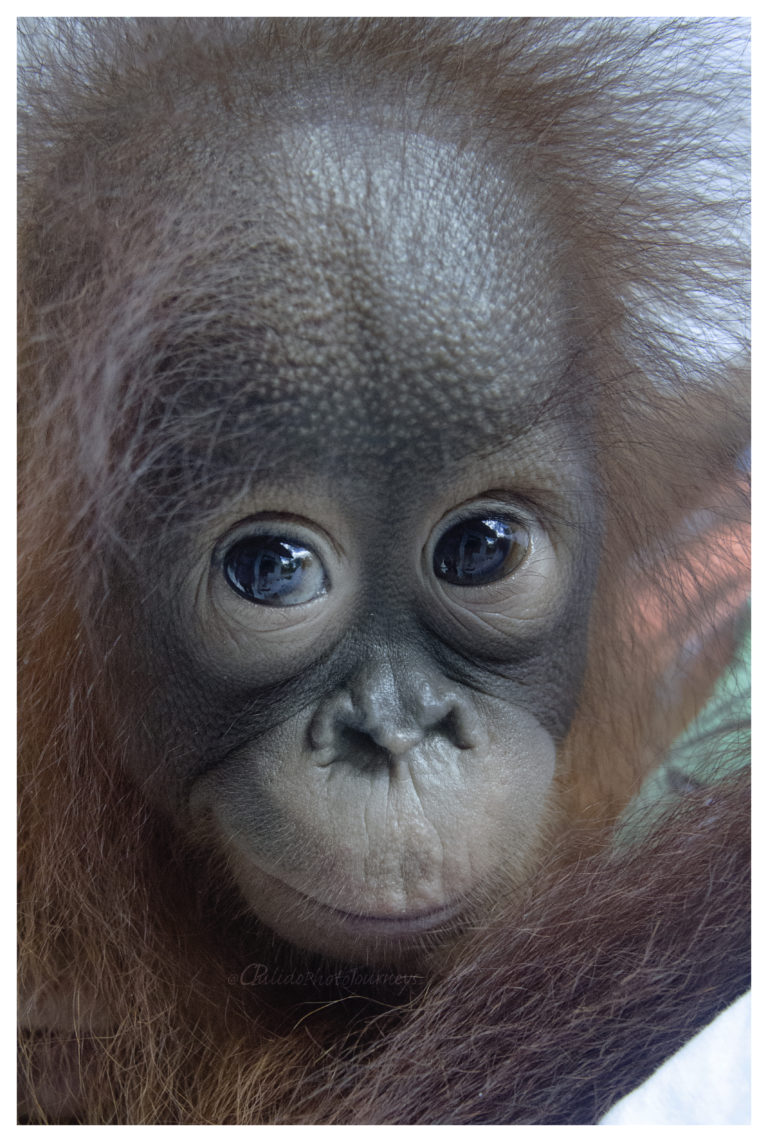 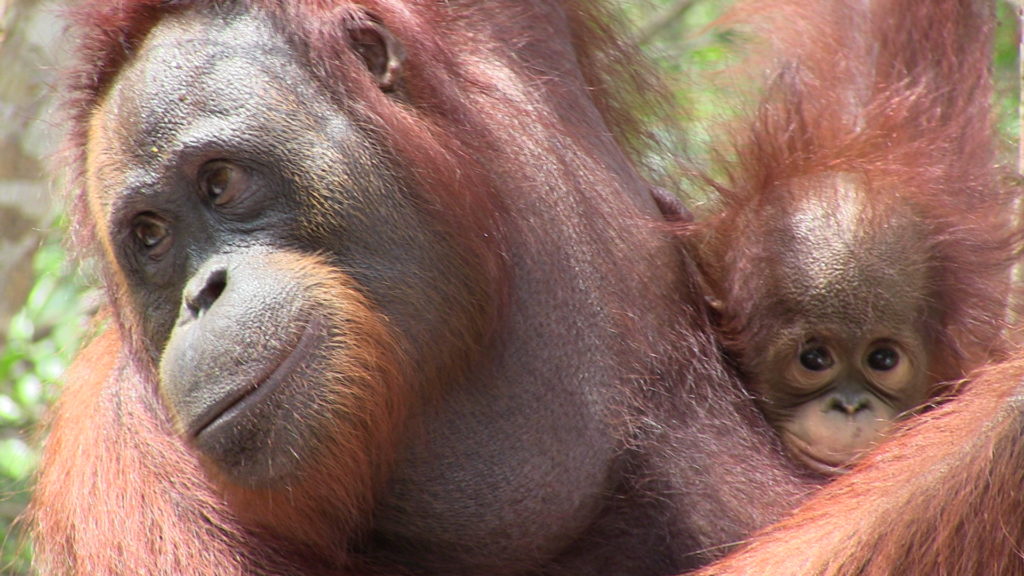 Where can you see wild orangutans?

Orangutans live on only two islands, Borneo and northern Sumatra. At the end of the Pleistocene period some 12,000 years ago, their range used to encompass the Asia continent, but the species is now extinct there.

Will they escape extinction?

The massive destruction of the orangutans habitat – the tropical rainforests of Borneo and Sumatra – is catastrophic. We are working to save the species and its habitat, but the forces arrayed against the orangutan are so formidable that perhaps, if we (and they) are lucky, just one or two populations may survive.

Watch orangutans through our eyes 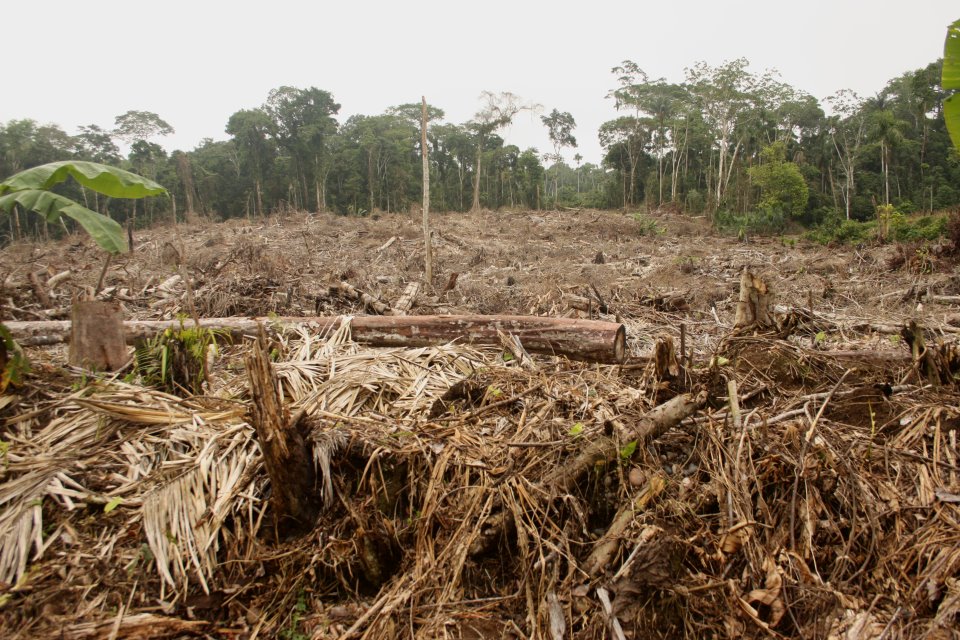 The dangers of Palm Oil

The primary problem with palm oil is the deforestation of rainforest to make way for oil palm plantations. So, when the forests go so does the wildlife and hence greatest threat to the number of species increases. There are other adverse effects such as releases huge quantities of greenhouse gas and people are forcibly removed from their places. There are studies that say deforestation quadrupled since the early 1980s to 170,000km2 and 2km of forests cleared at every hour to make way for plantations.

There are solutions that need to implement such as immediate plantation of rainforest, however, the ultimate solution will be the banning of all products made up of palm oil both at retailers and consumers end.