Mountain gorillas are considered critically endangered by IUCN’s Red List. Their numbers are precariously low at 1004 in 2019. Not only are mountain gorillas threatened by loss of habitat due to human encroachment, they have also become victims of human violence.

As civil war rages in Africa, efforts to conserve mountain gorilla populations have been curtailed. Mountain gorillas have also been killed or captured by poachers.

Their body parts are sold to collectors, and baby gorillas are sold illegally as pets, research subjects, or private zoo animals.

Currently, the mountain gorilla’s habitat is limited to protected national parks in two regions of Africa. One group of gorillas lives in the Bwindi Impenetrable National Park in Uganda. The other group is spread over three national parks in the Virungas mountain region of the Democratic Republic of Congo, Uganda, and Rwanda. 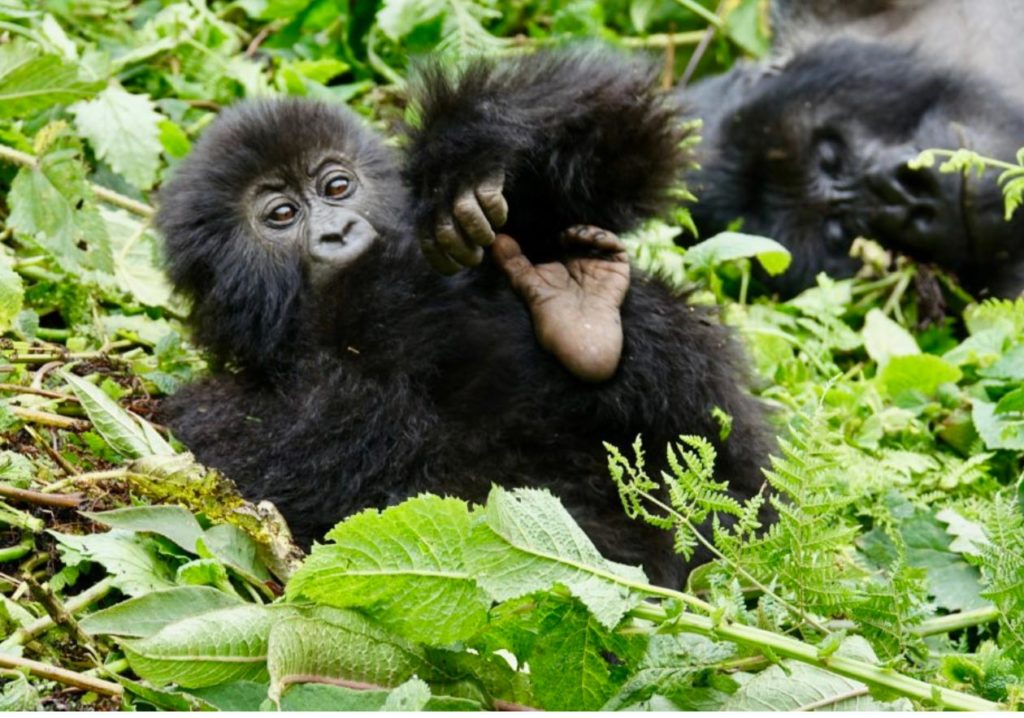 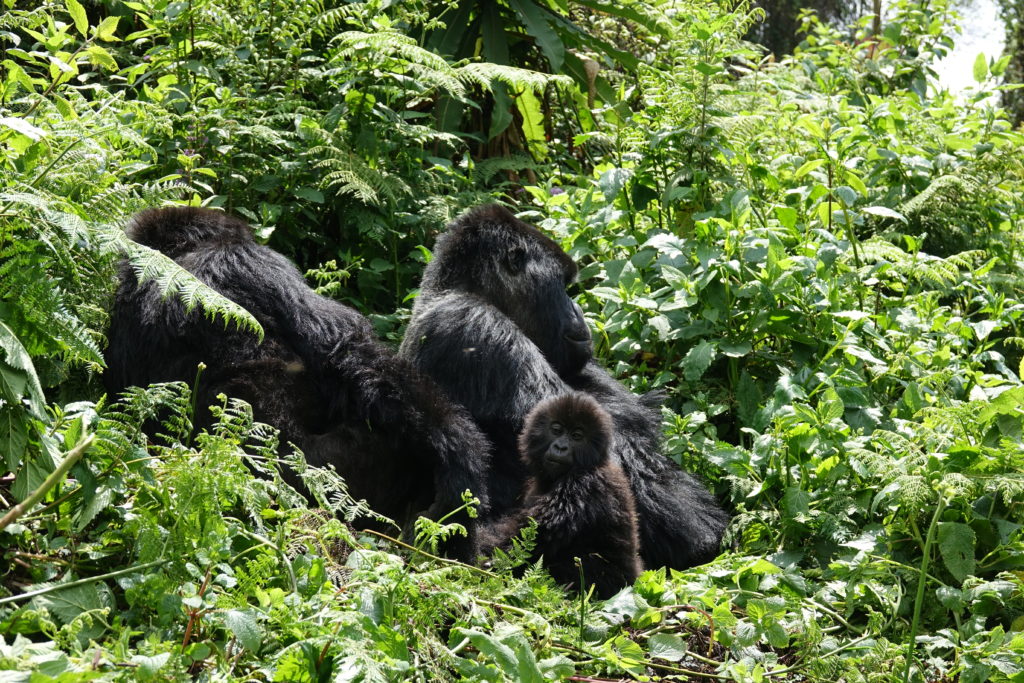 Newborn gorillas weigh about 1.8 kg (4 lb.) at birth. They are as weak and uncoordinated as human babies. For the first four years of their lives, they get around by clinging to their mothers backs. By 3.5 years of age, the young gorillas are fully weaned from their mothers milk and start the same diet as mature mountain gorillas: plants, leaves, roots and shoots.

Mountain gorillas live in groups of up to 30. The group, or troop, is led by a single alpha male, an older silverback. These males are called silverbacks because of the silver stripe they develop on their backs when they mature. The oldest males of the group are at least 12 years old. These troops also include several younger males, adult and juvenile females, and infants.

Female mountain gorillas can produce young beginning at age 10. They carry one or two babies at a time and give birth after a 8.5-month gestation period. In general, they will bear between two and six offspring in a lifetime.

Mountain gorillas are as shy as they are strong. But when threatened, they can be aggressive. They beat their chests and let out angry grunts and roars. Group leaders will charge at the threat. Mothers will fight to the death to protect their young.

In addition to providing protection to group members, silverbacks maintain order and decide all activities within their troop. They schedule feeding trips, resting time, and travel. They also father the majority of the young in the group. 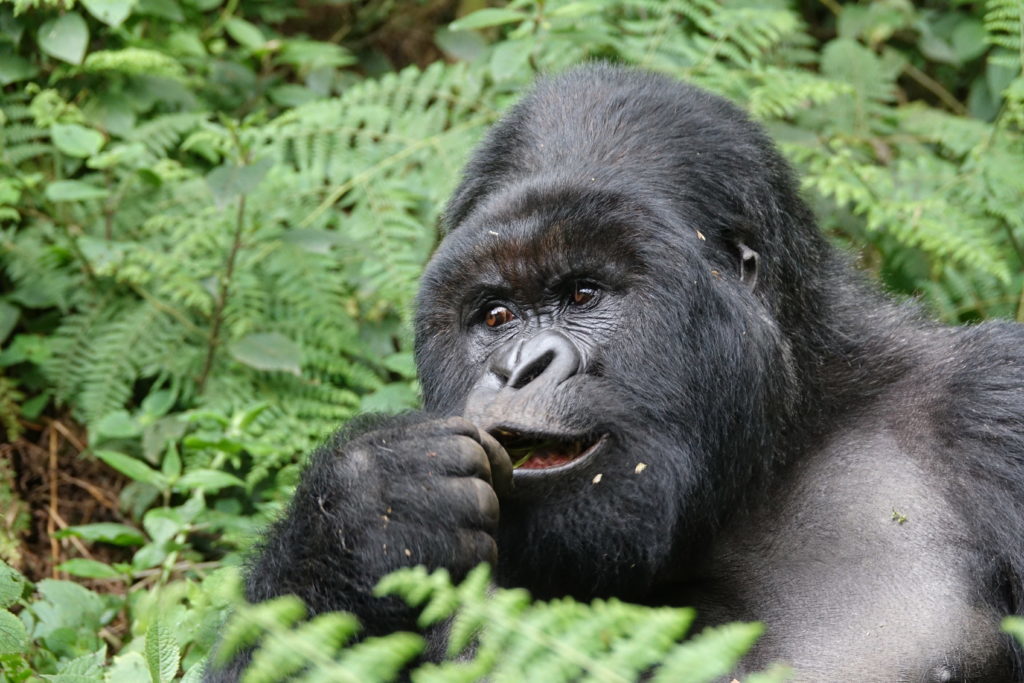 Help us save the Mountain Gorillas