Painted Wolves - African Wild Dogs in the Land of Lions

Their scientific name, Lycaon pictus, literally means painted wolf, referencing their mottled fur with black, brown, yellow and white colourings. Every individual’s coat has a unique pattern, which helps with identification. They have an extremely powerful bite – with specialised molars for shearing meat and breaking bone – and exceptionally keen senses of sight, smell and particularly hearing. Large rounded ears lined with numerous muscles allow them to swivel like radar dishes, picking up the minutest of sounds.

African wild dogs are not actually part of the normal dog family at all, as they have some very distinct differences. For instance, they have 4 toes per foot, not 5 like domesticated dogs. Although they share a common ancestor with wolves and are distantly related to dogs, they absolutely cannot be domesticated as it is not in their genetic framework. 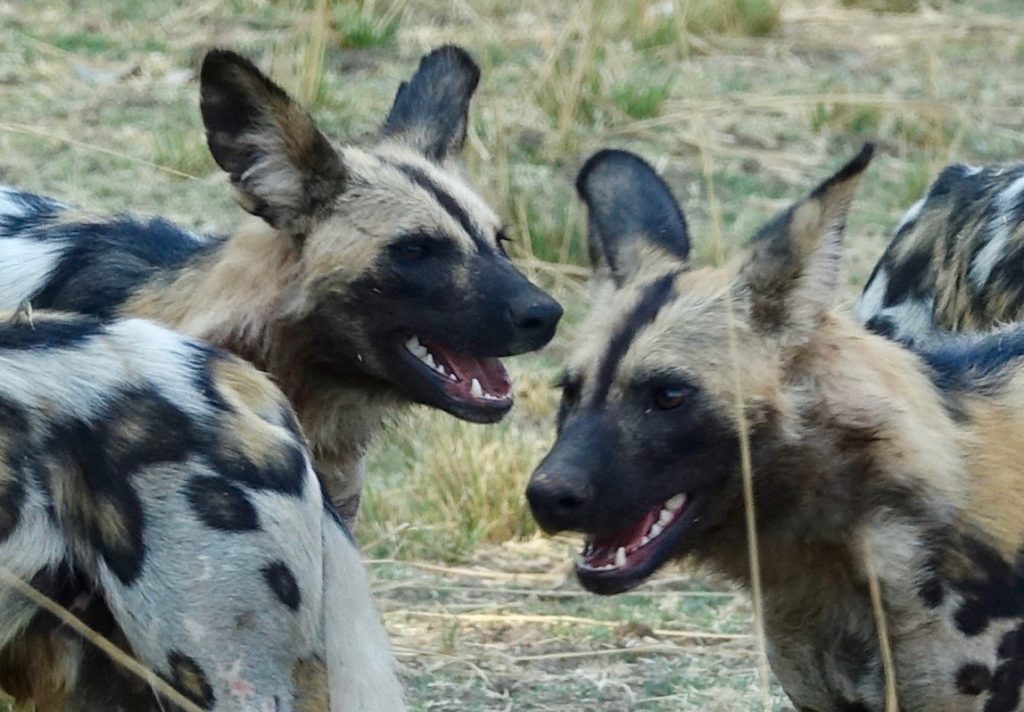 They cannot be domesticated

People have attempted to tame painted wolves, but never successfully. They are naturally distrusting of humans or indeed any animal outside of their own pack. When humans have domesticated dogs in the past, it was due to certain character traits prevalent in canines that could be amplified through breeding. One of these traits was a willingness to be touched by humans. But painted wolves have never displayed these traits and it is unlikely they ever will. 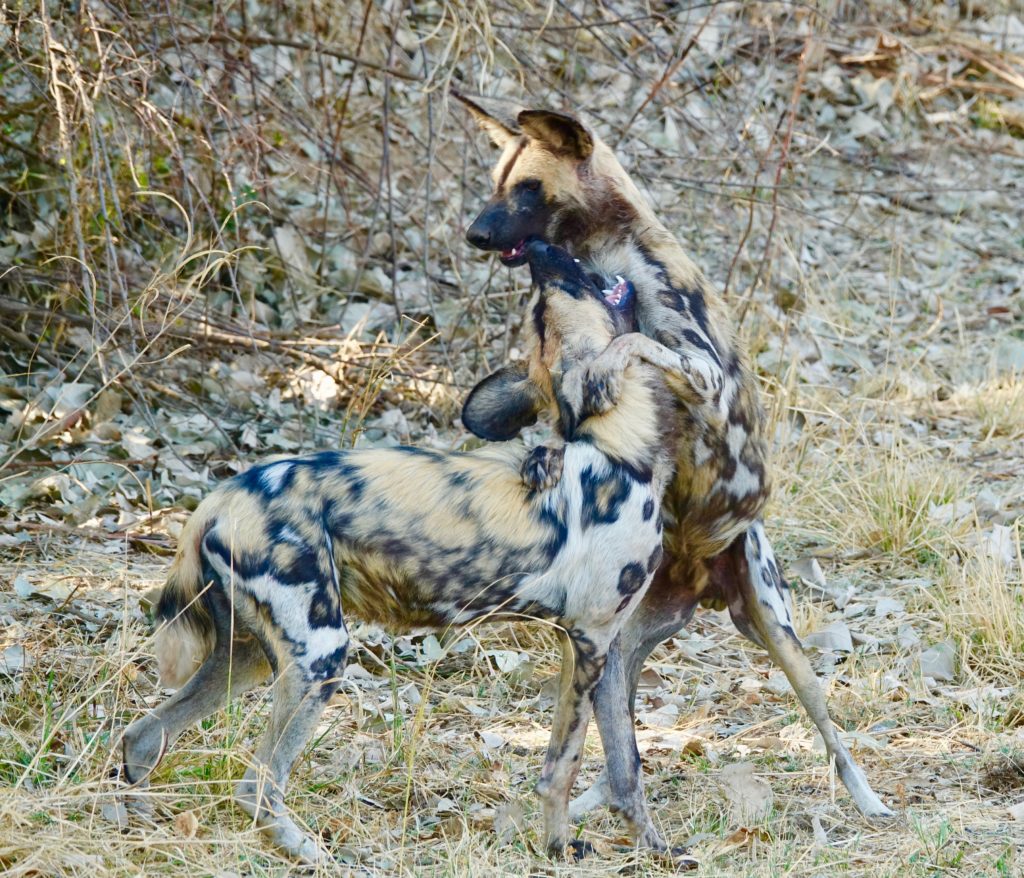 Painted wolves used to be found across the African continent, but are now limited to countries in the south and east of Africa, the main strongholds being in Botswana’s Okavango Delta and the Tanzania’s Selous Game Reserve. East African painted wolves are slightly smaller than their counterparts in the south. There are five subspecies of painted wolf; the Cape, East African, West African, Chadian and Somali, though the genetic diversity of these subdivisions is under debate. Although painted wolves do share a common ancestor with wolves from a few million years ago, they are not genetically compatible, so interbreeding with any other canids isn’t possible. The selective breeding applied to domesticated dogs which formed the different breeds could never work with painted wolves.

HELP SAVE THE LAST AFRICAN PAINTED WOLVES ON EARTH

SAFE Worldwide is partnering with Painted Dog Conservation to provide programs that help with the conservation and protection of the African Painted Wolves. Our programs include vaccination clinics, collaring and enrichment programs for painted wolves in rehabilitation until they are ready to go back into the wild and back to their pack.
DONATE 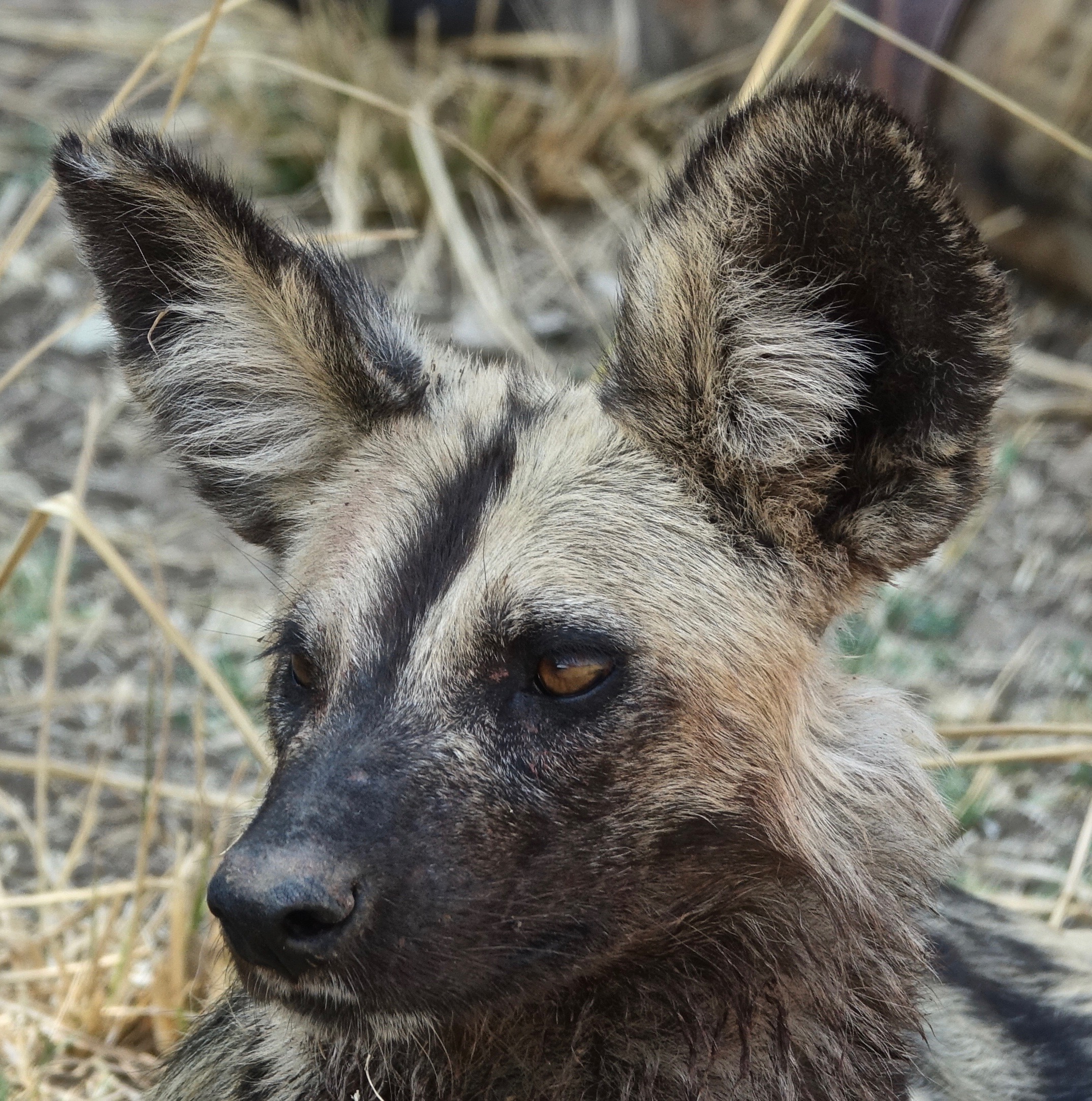 The dominant pair is monogamous and would usually be the only ones in the pack to breed, though a beta pair does sometimes produce pups as well, which are then either killed or adopted by the alpha pair. Each litter can have between four and 12 pups. Unlike most other pack animals, male painted wolves tend to stay within their pack’s territory once reaching sexual maturity, whereas the females will travel long distances to find a mate and start or join a new pack. This behavior is a good countermeasure against inbreeding.

The alpha female is the core of the pack – leading her pack from its formation until she dies. She is the leader, general, decision maker and caring mother. Once she dies the pack splits, with the males and females heading in different directions to form new packs.

Painted wolves are nomadic animals and can traverse 50km in a single day. As a result, their territories can range between 400 and 1500 square kilometres. They only remain in one area when denning.

Humans are easily the largest threat to the painted wolfs’ survival. For a very long time they were viewed as ‘pests’, even by conservation authorities, and exterminated in large numbers (read the next paragraph below).

There exists no recorded incident of painted wolves attacking humans. Painted wolves are regularly killed by livestock farmers, and they also fall prey to snares and poison set for other wildlife.

Many painted wolves die from diseases such as rabies, usually contracted from domestic dogs. Because of their highly social nature one rabid painted wolf will quickly infect the rest of the pack, often wiping the entire pack out. In the wild, lions are the painted wolf’s main threat. 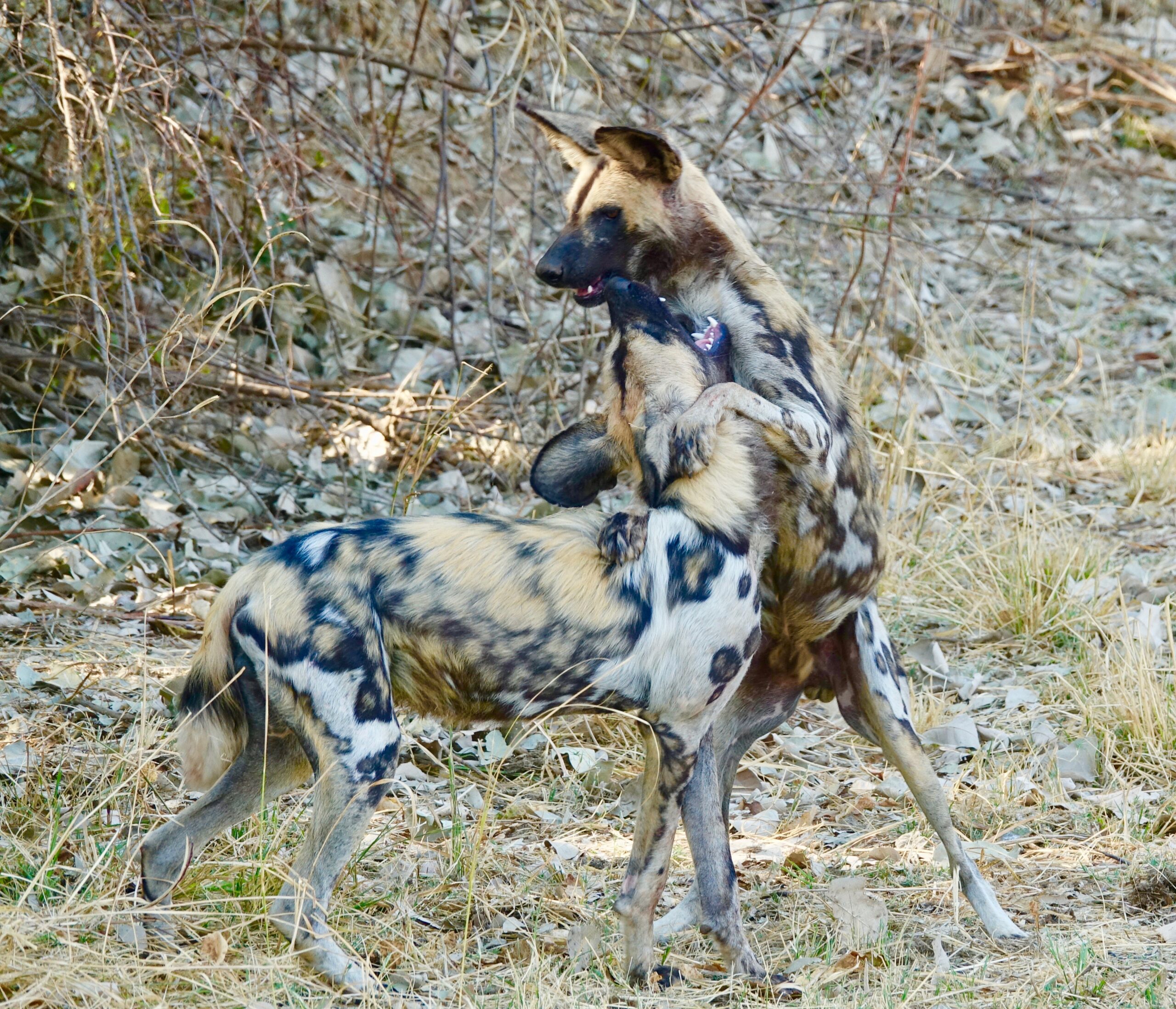 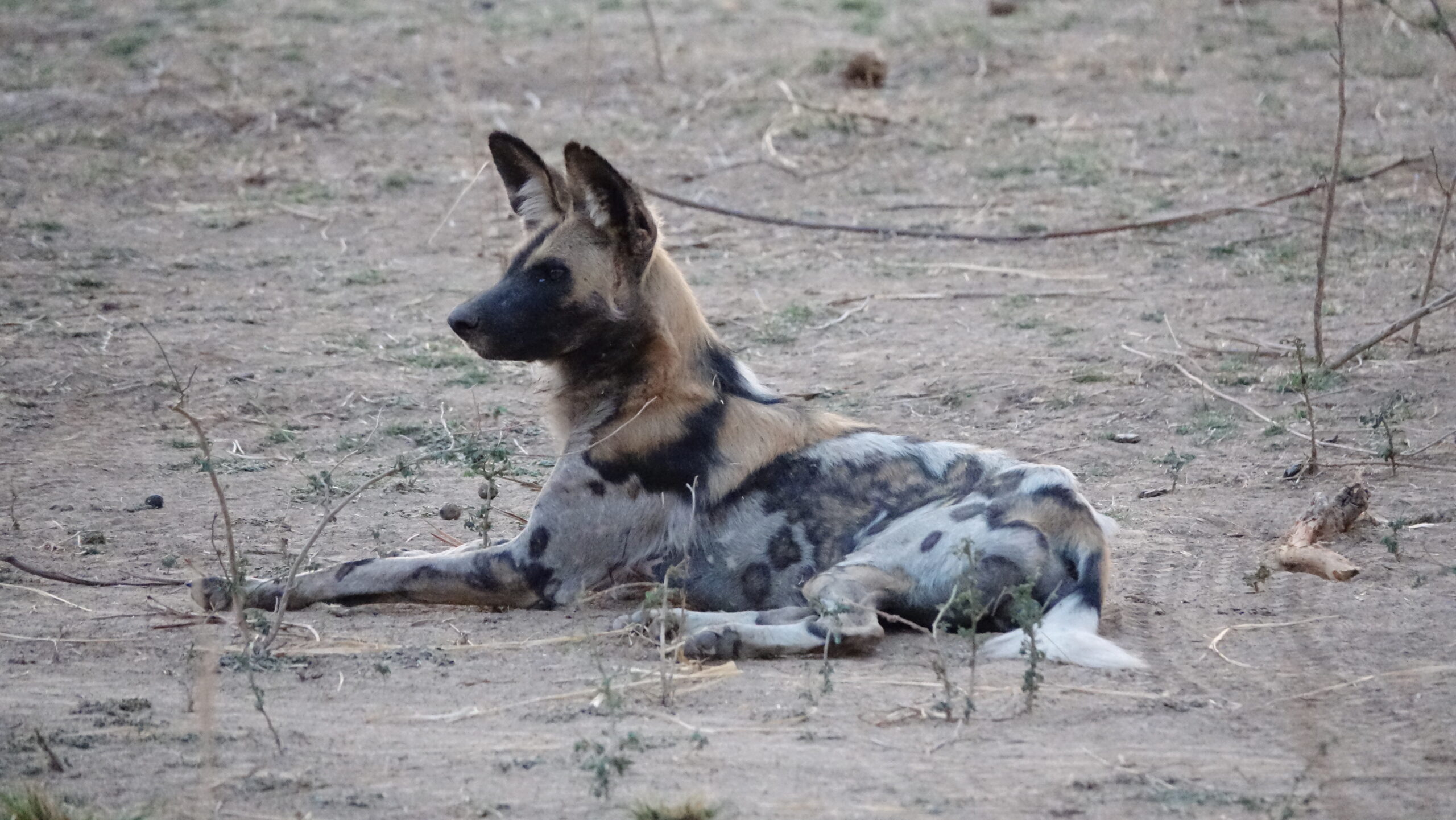 Exterminated in the name of conservation

Generous bounties were historically offered by colonial administrations for each painted wolf’s death and visitors were even allowed to shoot them on sight in many of Africa’s protected parks.

Farmers consider the dogs a threat to their livestock and will generally shoot any that they see, sometimes even going so far as to poison their dens. However, there is not much evidence of Painted Wolves attacking livestock and they would really only do so when desperate.

Another outside threat to Painted Dogs is diseases such as rabies and distemper.