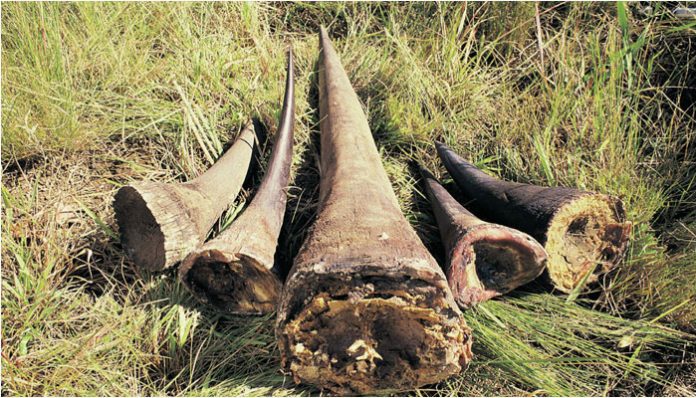 INSIDE THE DEADLY RHINO HORN TRADE

This is the story of Dawie Groenewald, an accused rhino horn trafficker, and John Hume, the owner of the world’s largest rhino farm—two men who know each other well and share a common goal: to end the South African and international bans on trading and selling rhino horn. Groenewald has agreed to see Brent and me at a time when he is in a high-stakes legal battle that could land him in prison for decades or create an opening for the legal sale of rhino horn in South Africa—an opening that could help pave the way to a legal global trade, which opponents say could doom rhinos.

South Africa is home to nearly 70 percent of the 29,500 rhinos left on Earth, down from several hundred thousand in Africa before the 1800s, when the European imprint on the land intensified. They’re spread across two continents and five species: the white rhino, with some 20,400 remaining; the black, with 5,250; the greater one-horned; the Sumatran; and the Javan. According to South Africa’s Private Rhino Owners Association, 6,200 of the country’s rhinos are in private hands and are used commercially for photographic safaris, legal hunting, horn production, and breeding.

Picture of man with rhino tattoo holding rhino horn
View Images
A security team member (displaying his “antipoaching unit” tattoo) holds a rhino’s horn at the ranch of John Hume—the world’s top rhino farmer—in Klerksdorp, South Africa. The horns of Hume’s 1,300 rhinos are trimmed every 20 months or so and grow back. He stores them in hopes of a legalized trade, which he says will reduce poaching, a claim many conservationists reject.
The horn of a rhinoceros is the world’s most valuable appendage in an exotic marketplace that values nature’s oddities, such as elephant ivory, tiger penis, and giraffe tail. Unlike the horns of many species, including cattle, rhino horn is not made of bone. It is made of keratin, a protein also found in our hair and fingernails, and if you trim a rhino’s horn, it grows back. Although selling rhino horn is illegal, in South Africa if you have a permit, you can cut off a rhino’s horn. Every year or two South African rhino farmers tranquilize their animals with darts, cut as much as four pounds of horn from each rhino, and store it all in bank vaults and other secure locations, hoping for a day when it’s legal to sell horn.

Meanwhile a booming illegal trade supplies mostly Vietnam and China, where rhino horn is often ground to a powder and ingested as a treatment for everything from cancer to sea snake bites and hangovers. Inspired by years of erroneous reporting by Western media, people have recently also been using rhino horn as an aphrodisiac. On the black market in South Africa, the horn of the white rhino sells for up to $3,000 a pound, according to Groenewald, but on Asian black markets it wholesales for five to 10 times that, and retail prices can go up astronomically from there. A single bull rhino carrying 22 pounds of horn might buy a new life for a Mozambican poacher who slips over the border into Kruger National Park with an AK-47, but that poacher himself is likely to be exploited by the men who supplied his weapon. That poacher also may be shot by authorities, as were 500 Mozambican poachers in Kruger from 2010 to 2015.
Rhino poaching has reached disastrous proportions during the past decade. In 2007 South Africa reported losing just 13 rhinos. In 2008 it was 83. Last year it was 1,175. In Kruger, home to some 9,000 rhinos, poachers kill on average two to three every day. The killing isn’t limited to Africa. In April poachers shot a greater one-horned rhino with AK-47s in India’s Kaziranga National Park hours after the Duke and Duchess of Cambridge had visited the park to promote conservation. Rhinos don’t roar when they’re injured. They keen. A shot mother will cry in pain, sometimes inadvertently causing her frightened baby to return to her. Poachers will sever a baby’s spine with a machete to save a bullet, then take its horn too.

For those on the front line, protecting rhinos is no longer a conservation challenge: “It’s a war,” says Xolani Nicholus Funda, chief ranger at Kruger, where most of the world’s rhino poaching takes place. “That’s our frustration. The rhino war—it’s like drugs. It involves lots of cash and bribery. The whole justice system is really a frustration. We’re losing cases” in court. “We’re surrounded by police stations we don’t even recognize as police stations because they’re working with the poachers.”

In 1977 the international trade in rhino horn was banned by parties to the Convention on International Trade in Endangered Species of Wild Fauna and Flora (CITES), the treaty governing the global wildlife trade. But the ban applies only to trade between countries, and it has an exception that horn traffickers have turned to their advantage: Under CITES it is legal to export the horn—or trophy—from a white rhino shot with a permit on a sport hunt. Beginning in 2003 Vietnamese rhino horn traffickers began signing up with South African hunting outfitters to kill rhinos for their horns, and later a Laos-based syndicate even hired prostitutes to act as pseudo hunters. These syndicates were selling horn on the black market back home. 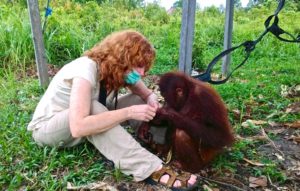 What you can do right now VOLUNTEER – at a local wildlife refuge or at the numerous ethical wildlife sanctuaries around the world, that often 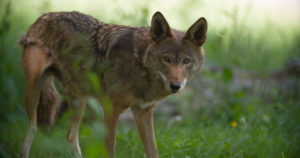 PLIGHT OF THE RED WOLF Somewhere in the eastern North Carolina wilderness, concealed by a canopy of oaks and pines, a pack of collared predators 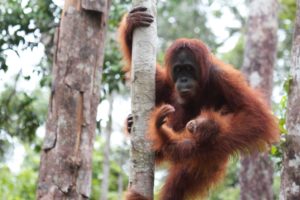 ORANGUTAN SQUEAKS REVEAL LANGUAGE EVOLUTION, SAYS STUDY Scientists who spent years listening to the communication calls of one of our closest ape relatives say their 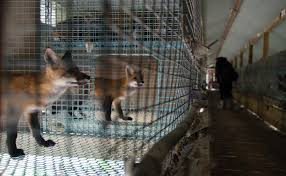 JAPAN CLOSES LAST FUR FARM! What Are Fur Farms?             We are all consumers of some sort. From the food we buy to the newest